Home » Etymology of the WuLong tea and the reason why they are called just like that. And a small story about a poor deer, too. 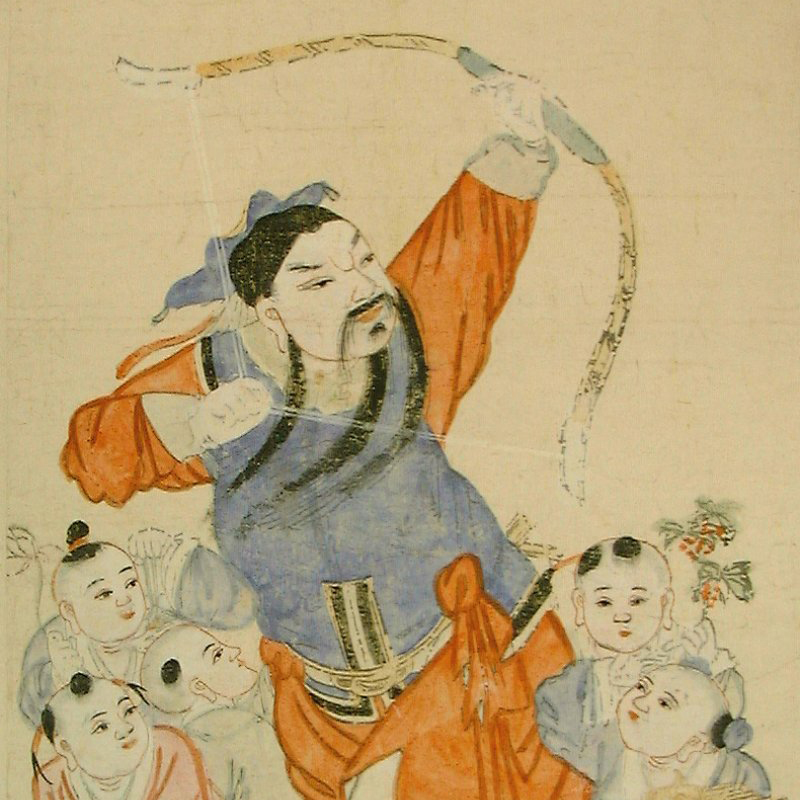 I write this post also because the situation is getting comic. It makes me laugh  to read all these notes and posts about the history of tea, on processing and other similar crap copied and pasted from who knows where.

Given that I really don’t like the western definition – “blue tea” – of WūLóng teas, because it seems too unnatural to me, I had the pleasure of knowing this small story during my stay in Juyuan, Anxi County, where I was to thoroughly study Tiěguānyīn ((铁 观音) production techniques.

Those who follow me and know me know that I don’t really like Chinese legends about tea, for example something like the mother of the emperor who was ill, a princess who could not have children, some poor students who save something and various ladies who get better just drinking some tea.

To be honest, I don’t really like this kind of thing.

Actually, I like stories that have a minimum (even forced) basis, such as that relating to Bi Luo Chun which was originally called Xià Shà Rén Xiāng (吓 煞人 香), something like “Fearful/Deadly Fragrance”.

In a few words, the story is about some girls, or maybe just one, I don’t remember, tea pickers near DongTing Lake. Well, these girls had to be very very beautiful. Once, having the baskets full of leaves and having to continue the harvest, they put some tea leaves in their robe, probably on their breast.

The movements of the body and of the chest, the heat, the moistness, in addition to making the mischievous peasants happy, or at least their (dirty) thoughts, affected the freshly picked leaves.

And actually, even if a little bizarre, this is always a kind of wilting, a withering of the leaves, a “productive” phase of the tea: the leaf withers anyway, who gives a fuck how. 🙂

The fact is that from the body of these young women a perfume, a different and magnificent aroma “stunned” the various farmers and tea workers, the colleagues of those young girls.

Then, the emperor changed the name to Bì luó chūn (碧螺春), but that’s another story.

Here, for the category of WūLóng (乌龙), for the name, for the term WūLóng a similar thing happened.

In Chinese, WūLóng  would mean Black Dragon. A very nice story, even if without any logic basis, says that the name would be due to the fact that the leaves, once opened due to the infusion, would took the form of Black Dragon, a shape similar to the effigies that the Tartar warriors used to stamp on their boots.

But let’s go back to the story.

SuNong* was a farmer, hunter and tea farmer in the Nanyan area of ​​County Anxi.

Because of his frequent outdoor activities, SuNong was always tanned and above all very brave.

Hence the nickname: Su turns into Wū (black, dark) because of his complexion, and Nong in Lóng (Dragon) for his valor and bravery.

On a Spring day, Mr. SuNong, or rather, Mr. WūLóng went to collect some Camellia leaves in a forest/wood/plantation.

He also brought with him a weapon, perhaps a bow, a rifle, a crossbow, in short something suitable in case he met some animal to hunt.

After putting the freshly picked tea leaves away, in his leather (yes, leather) bag, he began to go back home, but he suddenly saw a deer and he started to chase him.

The chase was long, but in the end the hunter got the better of it.

The hunter put the animal on his shoulders and carried it home. By now it was evening.

The family began to cook and prepare the animal’s meat for preservation.

All busy taking care of the proteins, nobody remembered to work the tea leaves,

who were still lying inside the WūLóng bag. And there they stayed, all night long.

The next morning WūLóng found that the leaves had obviously oxidized and he also noticed that, due to both the rubbing occurred during the chase and the wilting/withering (Shài Qīng, 晒 青) due to the time spent in the bag, the edges had obviously changed color, becoming red. And, above all, they had a different scent, a wonderful aroma.

The taste had lost that typical green tea astringent characteristic and it was fragrant and sweet.

Yáo Qīng (摇 青) represents one of the fundamental stages in the production of WūLóng. The leaves are shaken and slightly moved in bamboo baskets or in special machines: in this way, in addition to slightly breaking the margins, the water present in the stem and in the center of the leaf tends to be distributed over the entire surface of the leaf.

From a mistake, and obviously from successive trials and errors, we had come to the “creation” of a new type of tea. The WūLóng teas, that’s it. All this thanks to the story of SuNong and the poor deer that, who knows, maybe would have preferred something else.

* actually I didn’t find anything on the SuNong name, I always find WūLóng. However, I prefer to report it as it was told to me.