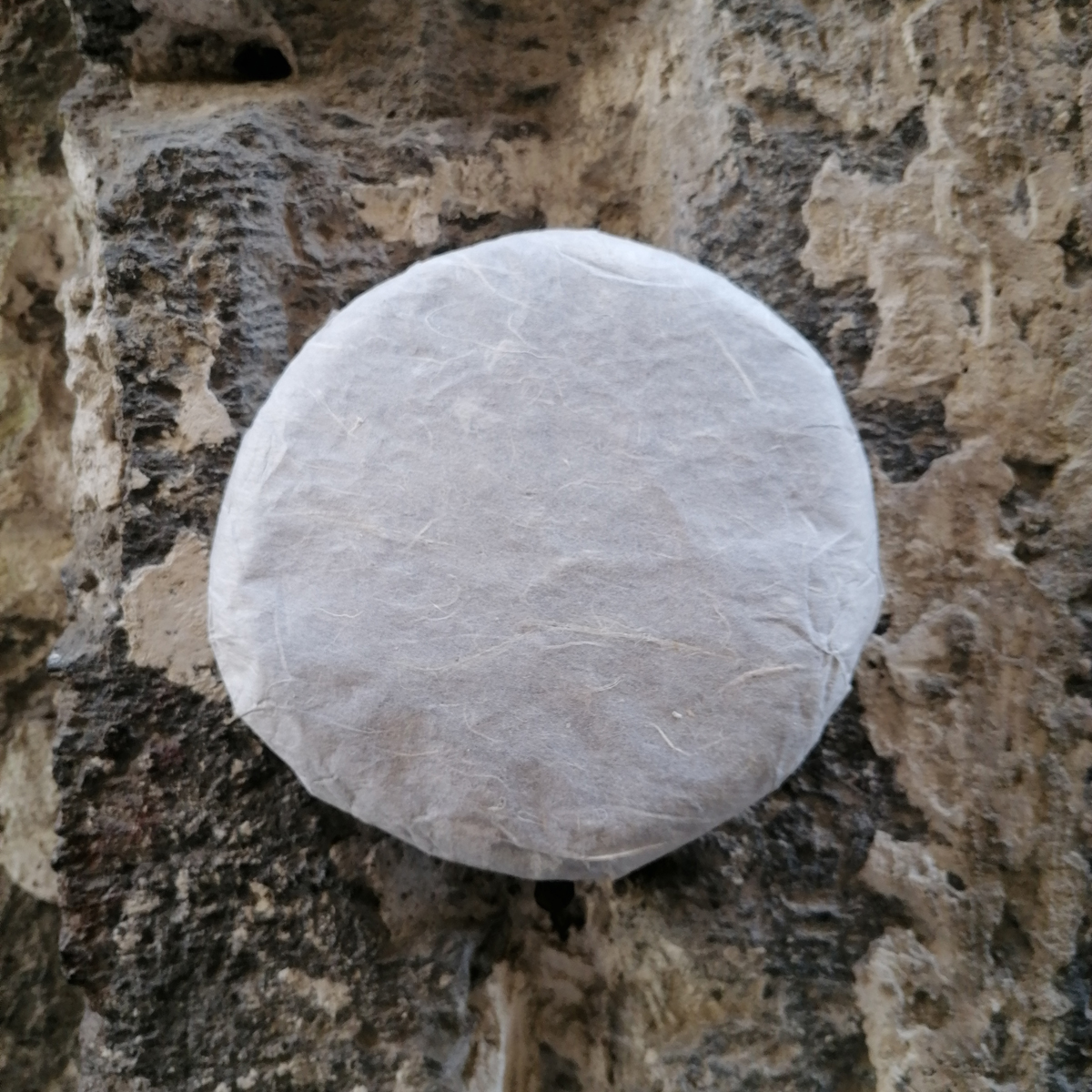 The Beatles, actually to be more precise Lennon, at one certain point of Strawberry Fields Forever, he says: No one I think is in my tree.

When we talk about compressed Puerh, tea cakes, BingCha in Chinese, we usually see the wrapping papers printed with Chinese writing, the name, the brands and other identifying ideograms of the factory that produced it.

And probably, at least for the first purchases, that graphics, those prints are quite important, because they will make us choose which teas to buy.

This is why Yibang 2013 is not like that. This YiBang 2013 is produced and packaged directly on site by the same farmers who worked it. So, no pictures, no prints, no codes.

Now, it might not be right, you don’t like it, it’s not recognizable, okay, but that’s it, we could say it’s like when you go shopping to some unknown farmer in a beautiful place.
Anyway, this tea is fantastic, but that’s not what I want to talk about, today I would like to talk about trees.
For Yunnan teas, it is important to know what kind of tree produced that particular tea.

The trees are usually divided by age and type.
The most famous and valued trees are certainly the Gǔ Shù (古树), the ancient trees that are at least 120-years-old (and more). Maybe one day we’ll talk about how Gǔ Shù (古树), became very valued trees.

After the Gǔ Shù (古树), the ancient trees, we have the Dà Shù (大树), trees that are between 70-
years-old and 120-years-old, indicated (almost) ALWAYS as Gǔ Shù (古树).
Xiǎo Shù (小树) is instead a tree that is considered young, less than 70-years-old.
Then, there is a very important characteristic that indicates the type of tree. Qiáo mù (乔木) is “a tree with a trunk”, the opposite of a Guàn mù (灌木), which instead indicates a bush, not a tree.
This distinction does not refer to age, in the sense that a Qiáo mù (乔木, tree with trunk) can be also younger than a Guàn mù (灌木, bush), it’s a thing about the height of the plant, the tree (more or less) is left to grow, while a bush will always be pruned to prevent it from growth. This thing
obviously affects plant metabolism and leaf growth, and it is an important commercial (and taste)
distinction.
Then, if we want to be very meticulous, we can also know if all our tea is collected and processed from a single tree (yes, that specific tree); and so we will have Dú Shù (独树), Yī Kē Shù (一 棵树 ), Dān Zhū (单株) that indicate precisely that the harvest comes from a single tree.

Well, in short, it is clear that Shù (树) means tree, right?

How can you describe the taste of a Puerh tea? What do the terms Hóuyùn, Huí Gǎn, Huí Tián mean? And when should they be used?